It was a really hot day in August and I sat outside in the 'courtyard' of the Courtyard Deli, Falmouth.  Nobody took my order for over half an hour - I was waiting for three members of my family, but I would have liked a coffee or tea while I waited.  My family were in Beerwolf  next door.  This place has developed from a book stall into a pub / bookstore and we all love it.  Apparently their food isn't really great (yet) so it might be worth popping next door for coffee / tea/ lunch. 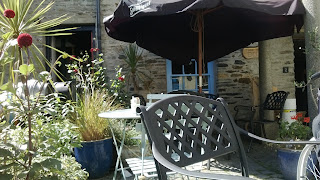 I also had a long chance to look around the courtyard of the deli.  I think they could do more with the area.  The bins and air con unit from the pub adjacent are TOO visible and the table where I was sat was so sloping that the waitress had trouble putting glasses on it without them sliding downhill.  There was also quite a bit of litter around, plus flowers that needed deadheading more than my own at home.  And that's saying something. 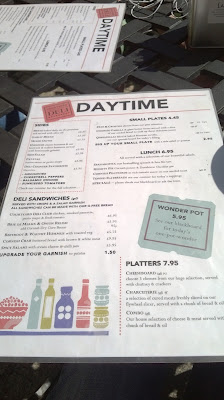 Sooo, I was feeling worried about the food as the attention to detail in the 'courtyard' just wasn't there.  When my companions arrived we all ordered different dishes so I got a good idea of the menu.  My son ordered the homemade tomato and basil soup with garlic bread which he loved.  My daughter had the quesadillas which she thought were alright (we have them a lot at home so they might have had to live up to them!), my husband had a plate of local bread, cheese and charcuterie which he loved and I had some spinach filo pie with salads which was fine, although not outstanding. 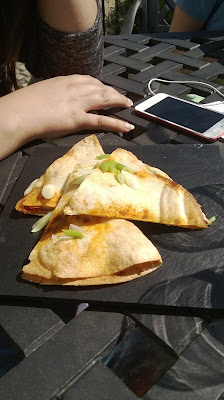 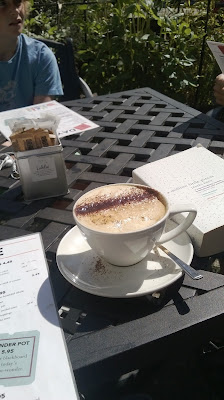 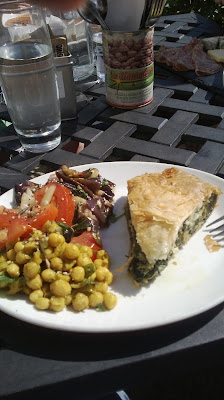 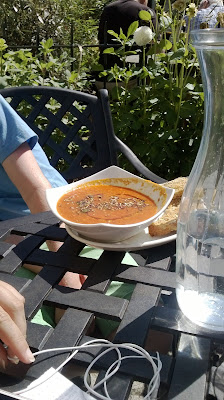 I had a wander around the shop later and thought the interior was charming.  The friendly owner chatted to me and even provided a website for me to source a difficult to find ingredient that she didn't have in stock.  I was very grateful and I bought some local cheese.  A satisfying but not perfect lunch. 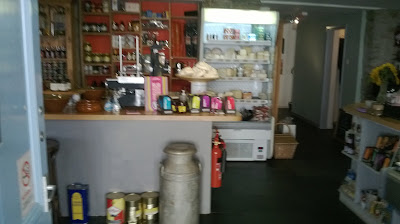 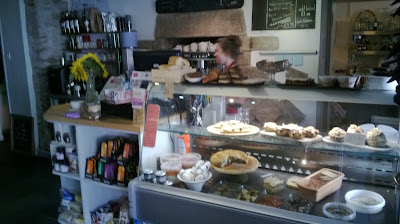 I was a guest of the Courtyard Deli but I was able to write what I wished
at September 11, 2013