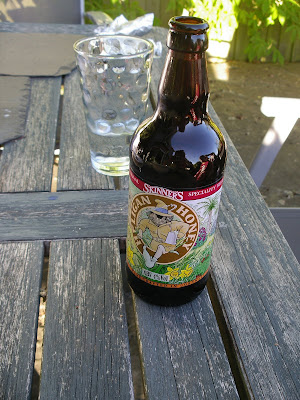 I am a confirmed non-beer drinker.  Have never liked the stuff (and boy, did I try to when I was in my teens).  However, I had a wee sample of  N's beer during a balmy evening bbq a couple of nights ago and....this was a beer I could almost enjoy.  Skinner's Heligan Honey - with the addition of Cornish honey and apparently commissioned by the fabulous Lost Gardens of Heligan.  These gardens, restored by Tim Smit of The Eden Project, are an amazing place to visit if you ever happen to be in the region of South Cornwall. 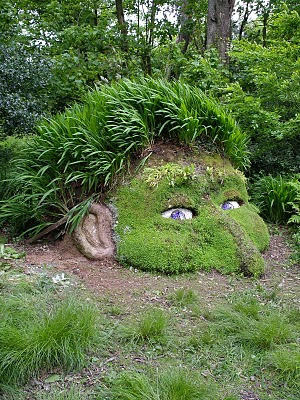 But back to the beer! I chose the beer from a service station and, I have to say, it was chosen because it was local and Cornish brewed, not for their classy graphic design: the label is hideous.  N was pleased I  bought it for him to try as he said it was delicious and he would never have bought it with this label on.  Apparently, they also do a well-known (in beer circles) beer called Bettie Stoggs.  There was an even more grotesquely labelled beer called Cornish Knocker - I will try to find a picture - but I didn't like that one.  On so many levels.